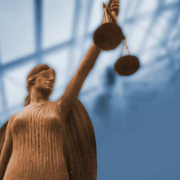 A civil suit filed by Rain Coast Water Corp. claimed the company experienced “mistreatment by the Government of British Columbia through actions of Premier Vander Zalm, several Cabinet Ministers and a number of civil servants,” in the 1980s and early 1990s, according to reasons for judgment handed down Thursday.

Rain Coast Water Corp. v. Her Majesty the Queen in Right of the Province of British Columbia, 2016 BCSC 845 (CanLII). Was overturned by the Court of Appeal.